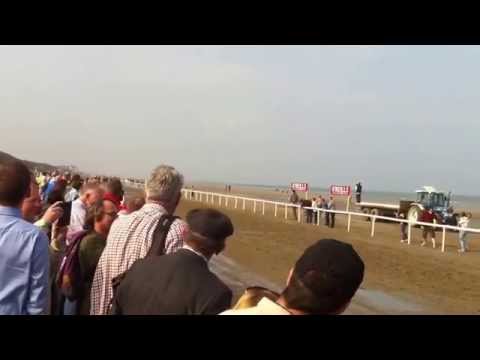 I made this post two years ago, but it's archived now, and someone DMed me on here and asked me to revive it so people could post stuff for me to add again! So here you go!
I've been collecting these whenever I see them. If you ever see some that aren't on the list, let me know in the comments!
The original SiLvaGunner
GiLvaSunner (2) (3)
Joel (2) (He's also on the list of channels) (Hotel GiIvaSunner) (And of course, he was in File Select Fusion.)
Stefan Karl, the guy who plays Robbie Rotten!
Mr. Rental (2) (3) (and many more, I'm sure)
UPDATE - his facebook page just acknowledged Grand Dad.
UPDATE UPDATE - And NBG's Mr. Rental storyline!
UPDATE3 - They just made a friccin bean joke
Discord (2)
SimpleFlips
TJ "Henry" Yoshi (to-do later: He cameos in the SrPelo-style animation, ordering a Mario 64 rip and only receiving half. He also commented on File Select Fusion, since Joel's speech references him)
Camp Fangamer 2016's live VGM performance by the Super Soul Bros (EPIC FLINSTONES, LIVE???)
Osamu Sato, composer for LSD Dream Emulator
(They linked to an obvious mashup instead of one of the more creative LSD rips, to the ripper in question's chagrin. Now it seems to be fixed, though?)
Hideki Naganuma (2) (3) (4) (5) (Someone tweeted about Rock My Forum to him and he responded lmao)
Jun Senoue at MagFest 2018
Temmie at MagFest 2018
Grant Kirkhope (2) (3)
Sonic and Eggman
PagodaWestGames, one of the companies working on Sonic Mania.
Nitro Fun (Sonic Mania trailer music) (2)
They commented this on this version of the trailer theme
Lex Lang, the voice actor of Dr. Cortex! Also Kirbopher @'d it to him
Sonic Stadium, a Sonic fan blog
Houryu Samejima (composer for La-Mulana)
Deceased Crab (2) (3) (4) (5) (6) (7) (8) (He's been doing Let's Play videos since 2007!)
Seismic (Wolf Girl With You)
Dan Salvato, creator of Doki Doki Literature Club
SoulEye (composer for VVVVVV)
Shane Mesa (one of the composers for Mother 4)
Nelward music (2) (another composer for Mother 4)
Lord Zephys (The main programmer for Mother 4 during the pre-Winter 2014 years)
DJ Cutman commented this on the SNES Mini Circulation rip
The Living Tombstone (2) (on the Snow Room rip)
Danny Baranowsky (Crypt of the NecroDancer)
bignic (Creator of Corporate Lifestyle Simulator)
Yacht Club Games
Simon Viklund (2)
coffE K (Alphys Takes Action)
Ian Jones-Quartey (Crewniverse; was also retweeted by Rebecca Sugar)
Alex Hirsch (Creator of Gravity Falls) saw the CG Rap! He also retweeted this rip! (upload by a member of the siiva team) (His reply)[https://i.imgur.com/BbwkPt6.png]
Kirbopher, creator of many classic Newgrounds-era flash animations, made this rip.
He used to team up with his friends and do add lyrics like this to other songs. Behind the scenes vlog
He also left this comment on this rip.
MowtenDoo (Creator of Super Spice Bros 2, PEPSI ☆ MAN, and many other excellent posts) (2)
rawrderder (Creator of Pushing Gaywards, which the Pushing Onwards rip references)
Mike Matei
SrPelo
Barry from Game Grumps (Also Temmie's in the replies!)
TomSka
Etika
Kekeflipnote
Everyone on this Smash YouTubers panel (well, most of them)
Video Game Attorney
jacksfilms (2) (3)
TotalBiscuit
videogamedunkey
Jaltoid (2) (maybe more)
MegaGWolf
the8bitdrummer: (P-R-O-G-R-A-M) (deltaMAX) (We Are Number One) (File Select Fusion) (Stone Halation) (Wood Man Fusion Collab)
He left this comment on Wood Man Fusion Collab
GameXplain (whoops lmao) (2) (on the Don't worry - Xenoblade Chronicles X rip)
Here is a reupload of the GameXplain video in question.
They posted this on the Horse Race (Extended) rip that RelaxAlax did
Eurogamer posted this article on the Wii Shop closing down, and used toonlink's Wii Shop Bling v.2 by mistake. As of October 9th, 2017, it is still there.
Moto200Alt (2) (the creator of the original [YTP] The King Downloads Sony Vegas)
h3h3Productions
The Completionist left this comment on this rip - I don't have time to check but I bet they were like "Hey, this kinda sounds like New Donk City" in their Super Beard Bros playthrough
Smooth McGroove
Garrett Williamson
RIZΣKI
Chadtronic
TerminalMontage frequently uses rips in his animations, to hilarious effect.
OnlyAfro (2) (on some Suzumiya Haruhi no Gekidou rips) (3)
TheLonelyGoomba (on Spiral Bling) (2) (on Bubbly Clouds - Kirby's Dream Land) (probably more)
PaiTroll (on this rip - the joke is that he plays that music whenever he completes a level)
RelaxAlax (2)
(He's now on the team!)
Joe Gran (Creator of Dog of Wisdom) (The rip was reuploaded here)
And the Inventor of Mashups™ himself, Neil Cicierega. Happy birthday, Neil!
Honorable mentions:
Alex Jones noticed a YTPMV of him that Triple-Q did, and put it in his "Best of Alex Jones" playlist. lmao
Probably unintentional Nutshack reference in We Bare Bears
thatistheplan "reviews" the Nutshack memes (no mention of SiIva though) (Follow-up on his main channel "theneedledrop")
I Hate Everything commented on this legit review of the Nutshack. Also, this. He also left this comment
This is awesome - https://vine.co/v/OiieubiYwJp
Eggman's voice actor high-quality rips his favorite shirt
The guy who did the character design for Mr. Rental
/outoftheloop - https://www.reddit.com/OutOfTheLoop/comments/4eka3a/whats_the_history_of_the_youtuber_silva_gunne
the8bitdrummer covers "Is it The Nutshack?"
/v/ the musical - https://vthemusical.bandcamp.com/track/siivagunner
Interview with Chaze on the LazyCast podcast
(I wanted to move this from my bookmarks to somewhere public, but please don't weird out these people with snarky replies and comments. That's not AQAP.)

Graded stakes horse racing results & video race replays. Watching race replays is an invaluable handicapping tool for horse betting. Whitney Stakes 2020: Entries & Odds at Saratoga Preview the field and odds for the Grade 1, $750,000 Whitney Stakes at Saratoga on Saturday, August 1. Bing Crosby Stakes 2020: Field & Odds at Del Mar Laytown Racecourse is a seven-furlong straight track that is on a tidal beach. Racing takes place on just one day in September each year, with the races all run over either six or seven furlongs. Until the 2015 meeting races commenced via a flag start, but stalls have now been introduced. Laytown Racecourse (Paul Walsh / Flickr.com) Racing at Laytown County Meath is one of the most memorable experiences you will find in terms of racecourses. Situated on the local beach, it takes place just once annually and attracts a huge crowd of patrons from all around the world. It is the only racing event you will find that is located on a beach. Once the tide goes out in the morning All Races Galway. The OLBG Army of Tipsters will be providing their best bets for this event. In the meantime check out the content below for more information about betting on this event. Laytown Track Guide. Picks from Laytown are rare as this is a unique track because it is not actually a racetrack but a beach! There is one meeting a year Tips for Laytown Races. A truly unique event in the Irish Horse Racing calendar, the track is situated on Laytown beach in County Meath. The first recorded race meeting at the venue was in 1868 and it’s the only race event run on a beach under the Rules of Racing.

Free Horse Racing Betting Systems that Work Points System #1 - Duration: 0:33. Horse Player 2,028 views. 0:33. Dan Sara explains Johnny Smith horse race system - Duration: 6:01. Lazy Town We Are Number One FULL EPISODE - Robbie's Dream Team Season 4 Full Episode - Duration: 24:00. LazyTown 13,058,543 views. 24:00. Lazy Town - New Videos!: http://bit.ly/2pomR9p Subscribe to the LazyTown YouTube channel: http://bit.ly/2mnHaCh More Lazy Town Videos Lazy Town - New... It's the hottest time of year in the horse racing season. According to CNN Money, $138 million was legally bet on horsing racing in 2015. The last Triple Crown winner was American Pharoah in 2015 ... Once a year in Ireland there is a unique race, they race on the beach. The only race in Europe run under rules on a beach and it's a busy betting market too! I became really interested in visiting ...