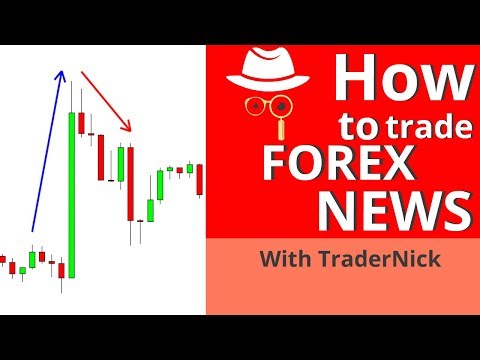 Bitcoin said to ‘drop,’ with Covid 19 woes, says
“The Wolf of Wall Street,’ Omar Abdulla??
by Faaiza Ismail
(19 February 2020-BBC) “The Wolf of Wall Street,’ Mr. Omar Abdulla is to have addressed members of the investment community this week, stated that
the price of Bitcoin and other Chinese created Crypto Currencies related, are
said to drop with the fundamental data of the Covid 19 virus, the slowdown of
US growth and straddle economic data from The United States.
“The Chinese pandemic has caused major losses to China, and
thus impacting the growth
on The United States. I would sell Bitcoin, Dollar, and perhaps
hold the rand for some strength.’
he retired.
Speaking to Footprints in Wuhan, local Chinese resident, Ms. Ameila Wang says
that Wuhan has been locked down since 23 Jan 2020, and the death toll has
almost reached 2000.
“We are not even counting the dead bodies that have died at home, on the street,
or mis-calculations from the Chinese government.’
The Economic Times reported that we should see some dollar and
Bitcoin weakness
as China has not been to over in over two months, already impacting
the global sector.
“Third world currencies is where we see the investment rise, as first
world countries have
already seen fears rise, and South Africa or even Africa has
reported little or no cases.’
The Omar Abdulla Group which has investments into Bitcoin SA, Forex SA,
Instagram SA
and Facebook SA noted that they will be short-selling major currencies,
buying into
South African currencies and African shares.
“We see opportunities to about April 2020, depending on the
control of the virus.’
The World Health Organization is said to meet with President Donald
Trump and President
Xi Jinping this week to bring the economic crisis to an upbeat.
“China has already spent close to $4 billion dollars on the virus and a further
n estimated $3 billion dollars
wll be needed from The United States and The World Health Organization.’
The death toll has already reached 2000, with more than 70 000
cases reported, and we could see more short selling in the weeks to come,
as China deals with Covid 19, ended a Wuhan resident.
Message 6 of 7 (92 Views) Reply0 footprints Member 📷 Posts: 12

Options
Saturday
Markets ‘calm down,’ as the world awaits more lies from China, says
“The Wolf of Wall Street,’ Omar Abdulla…??
by Nabila Dockrat
(2 March 2020—ABC NEWS) The Wolf of Wall Street Mr. Omar Abdulla says that
China is reporting low number of cases the past several weeks whilst other
Asian countries are starting to peak with new cases daily from South Korea, Japan
Hong Kong and Singapore.
“Maybe the other Asian countries are the ones to be trusted, instead of lying
China,’ he told ABC NEWS.
Another resident who spoke to Hubei Times looped that China has been injecting
billions of dollars into their economy by stagnating the impact of Covid 19.
“China has been injecting stimulus into their economy to keep the market alive.
We believe that much more people have died at home, and China is keeping the
numbers low so that people can get back to work.’
Addressing members of Washington, President Trump says that the Corona Virus
Is ‘under control,’ and should see smaller numbers as Winter in China progresses.
The Omar Abdulla Group which owns shares in Bitcoin SA, Forex SA, Instagram SA and
Facebook SA added that investors were queuing to invest into GOLD and SILVER as these
Commodities were known as ‘safe havens.’
“Markets have stayed away from the see-saw markets of China and The United States,
and have Gold as the medium of trade.’
In other news, speaking to The Hong Kong Sun, local resident, Ms. Sue Ying cooled that
the rest of Asia should be trusted with their numbers, and not the Chinese.
“The Chinese government want to keep numbers low so that people can get to work,
and not cause billions of other people in Asia to panic.’
Meanwhile, South African shares seem to have progressed during this flu season,
as first world currencies have seen their money moved to third world currencies.
“Markets have moved some of their investment into Africa and South Africa, as very
few cases have been reported in these countries.’
Economist for The Omar Abdulla Group, Ms. Ayesha Noormahomed concluded her remarks
to The Sunday Times that she expects the South African Rand to get stronger within the year,
due to better economic data from South Africa and expects the Covid 19 virus to come to an
end by April 2020.
“We are already seeing low numbers from China, and although the virus is still not yet fully contained, we should see billions in China returning to work in coming days, which could see
the Asian markets rise to market expectations.’

Does anyone know if there is an EA that sets up hedged bets around major news releases? Can that sort of economic calendar based functionality even be programmed in the MT4 script?

I just wanna ask if any of you guys have any advice or guidance on straddling forex news (non farm, interest rates) best expiry date to choose and trade place time.
At the moment I am placing the trade around 2 days before with expiry date on the day of news announcement (or closest) up around 6% over the last 4 weeks (paper trading)
Can anyone relate to this?
Many thanks
J

Advantages of The Straddle Trading Strategy. an easy forex news trading strategy; it is really reliable trading system if there are no price whipsaws before or just after the news is released, and also if price does not move past the support and resistance levels before the news is released. Welcome to the Forex straddle trading tutorial with my Metatrader Trade Panel. This approach is used by a lot of news traders. They place a buy stop above a technical high, and a sell stop below a technical low – when the news data is announced, they hope to catch a breakout as the market moves through one of the two pending orders. Forex glossary: ask-bid, Forex Volatility etc. Forex glossary — basic terms and concepts of the Forex market Forex books Forex literature: Forex as viewed by professional traders Tutorial Forex trading tutorial The biggest challenge in using the straddle trade is that of whipsaw. Whipsaw happens most often when the market is assimilating new information. It can give rise to ferocious swings of price that will trigger both sides of the straddle. It doesn’t just happen on news releases. Forex News Trading: You absolutely have to have software to make a straddle strategy work,a manual system is …nada!!!. With this software, suddenly, market direction becomes irrelevant – you can profit if it moves in EITHER direction!