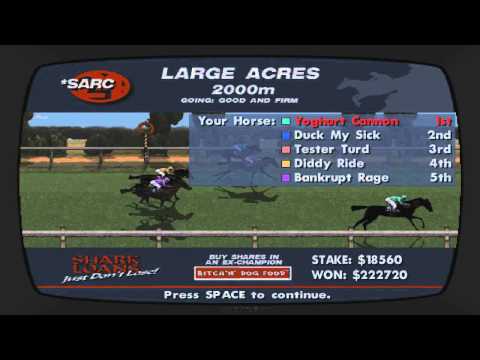 Email sent to rockstars as ideas and suggestion back in 2014!

Hi guys and girls,
Below you can see what i had sent to rockstar as ideas and suggestions. I am making it public now since i am very proud and 99% sure that i gabe them a lot of help for the content they released after this email:
GTA V IDEAS PM
To: .; Wed 10/8/2014, 12:14 AM Dear Rockstar,
Firstly your game is awesome i love it and gives me plenty of fun. I am a bit disappointed on heist and bugs which i am sure your are doing your best to overcome. I will still support you anyways cause you have been doing a very nice job so far. Here are some of my ideas i can understand from programing perspective that some will not even be feasible. But i know you have the best that can do everything so here are my ideas:
Armor for cars upgradeable to 150% which will give semi bulletproof windows and 200 % bulletproof windows and explosion resistant (2 grenades/ rpgs and so on). Unlockable at lvl 200 and 400….. Based on these modifications if its possible to add 300% armor which will replace glass windows to steel….
Ability to modify large trucks!! Decide on a large hangar where trucks custom will be located in the game map where you will be able to modify Pegasus vehicles and larger vehicles. Such as heavy duty machinery. Take a trailer truck and put turbo for example. Or take the garbage truck or any other truck and put 200 % armor and also remove the back cabin with a custom truck bedding where you will be able to have passengers shooting from reinforced holes like fib armored trucks for example... Even making them really fast. Imagine as a formula one trailer truck I have seen such in YouTube. Or even add to your current purchased tank the ability of second passenger for the machine gun. If this is feasible there numerous ideas that can be done such that add more armor to your tank. Make it last more shots from a fighter jet. Make them costly in order for someone to work hard for them and being unlockable in higher lvls for example lvl 400 or 500.
Variety of utility vehicles. Add second or even third monster truck/ fighter jet/ tank/ attack heli which will have different pros and cons. One not that is fasteslower but better suspension/ fire rate/ damage/ and so on… if you get my point.
You ought to reward higher lvl players with crazy unlockable in both vehicles and hardware.
Hovercraft. Go kart. Single and double player jet packs: P
Ability to own 2 apartments and one extra garage not apartment in total of 2 apartments and 3 garages. (Total 30 cars or even more. I personally have two garages full. And I really need 2 more. I had to sell like 10 cars in total until I decide which to keep …….. So frustrating. The worst thing is that I really miss them….. REALLY DO SOMETHING ABOUT THIS!! 40 cars total would be awesome. 2 apartments and 2 garages.
Ban god mode exploits and people that cannot be seen on map using exploits not lester ability!!!!
Remember the San Andreas arena with nascar, sanchez and monster truck races? Bring it back to the arena in Los Santos!!!!
Make SUVs and off road cars ability to increase the height of the suspension for hill climbing!!!! Sport suspension increases handling. Higher suspension increases hill climb and decreases the handling!!!
Open casinos and national lottery tickets. We need the money….. J I personally would love to buys a bunch of lottery tickets. Based on the money sum gathered give big prizes please.
Utilize the horse racing club where someone could even bet on horse races and also make players being able to own and race their own horse money subtracted for owing and caring the horse, and money gained from wining horse races!
If it’s possible add the gym ability as in san andeas!!!
More side missions in gta o like lester kill the target or simeon vehicle or armored trucks
Hope you can fulfill my dreams :)
Thanks in advance

Our Very First Ever 'Game Of The Week - Grand Theft Auto: San Andreas!'

Inside Track is an interactive betting shop for thoroughbred horse races featured as an accessible store in Grand Theft Auto: San Andreas and as a casino-themed activity in Grand Theft Auto Online. Inside Track's inclusion in GTA San Andreas is part of the game's gambling mechanism, serving as one of the first gambling establishments that the player has access to prior to unlocking the Las For horse racing in San Andreas you should always bet on the horse at the bottom of the list which has the greatest payout (usually 12/1) because it is alleged they all have the same actual chance of winning, but be prepared to lose a bit of money because it's still only 1 out of 5 chance that the horse you pick will win the race. For Grand Theft Auto: San Andreas on the PlayStation 2, a GameFAQs message board topic titled "Inside Track Betting location?". Grand Theft Auto: San Andreas Locations Inside Track Betting Shop Inside Track Betting Shop San Fierro Las Venturas Whole map Los Santos Color Print friendly Collectables Tags Snapshots Horseshoes Oysters Unique Stunt Jumps Government transport Fire departments Casinos Police Grand Theft Auto ; GTA San Andreas ; Betting on the Horse races Sign in to follow this . Followers 1. Betting on the Horse races. By josexx, Keep on betting on the bottom horse 11/1--12/1. On average, it wins every 5/6 races, but don't skip any or you'll probably miss out on the win! I just started the game, only done first 3 missions and